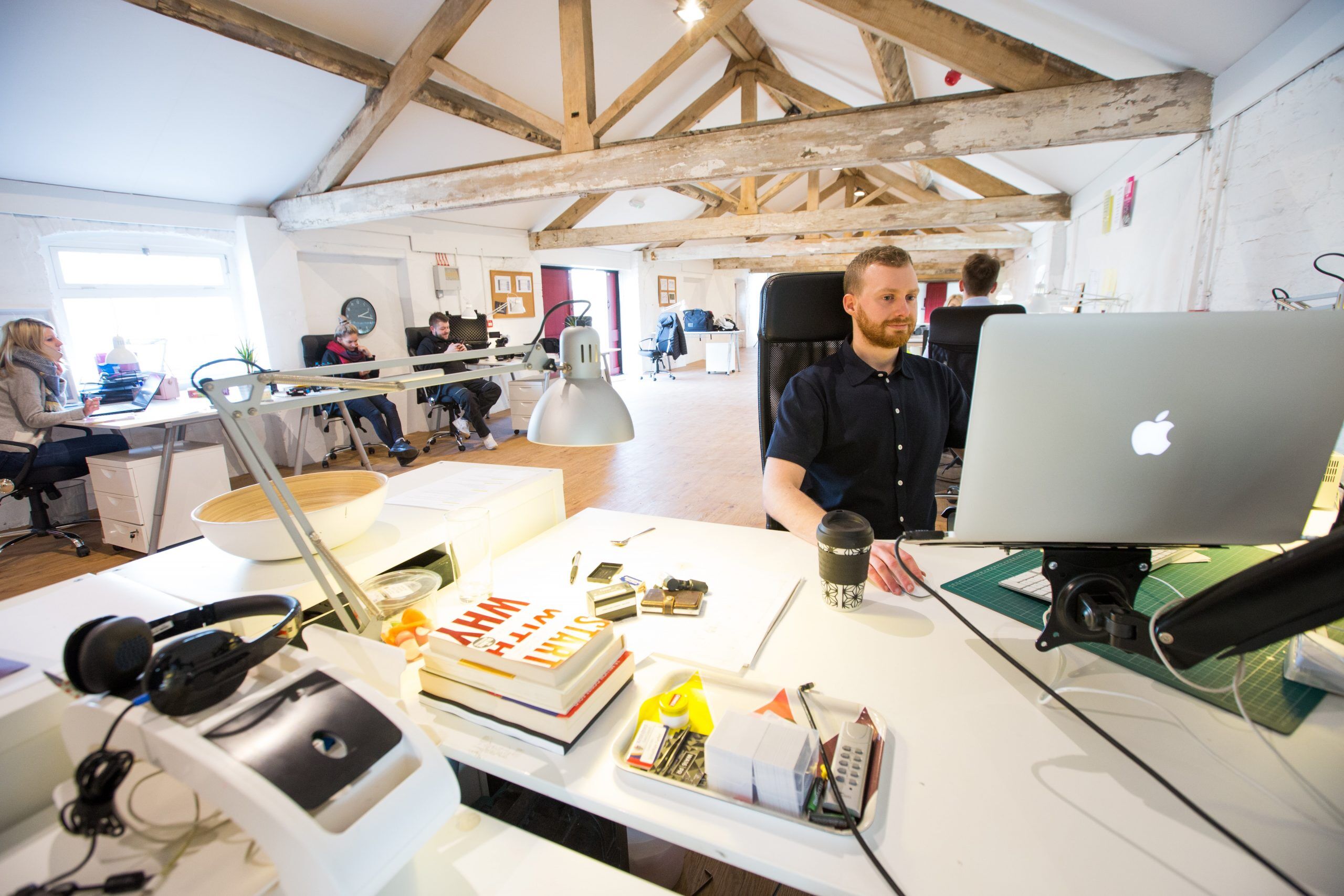 Many individuals want to work in the creative industry, but few really pursue it. When someone actually decides to embark on the graphic design career path, they will be bombarded with tons of new concepts. Graphic designer, visual designer, user interface (UI), user experience (UX) designer, web designer. How many kinds of designers are there? What should you choose for your career path? What is visual designer?

You are most likely confused with the title “Visual designers” since it sounds like an ambiguous catch-all, and can be related to all other fields. And that’s true, as a Visual designer’s touch is irreplaceable to create a stunning finished look of any digital projects or products.

If you want a fun, flexible, and brimming-with-creativity occupation, a Visual designing one might be an excellent fit for you. This article will deconstruct this in-demand yet frequently confusing job.

When we mention Visual Designer, it is impossible not to note two neighboring concepts, Graphics Designer and Web Designer.

What Is Graphics Designer?

Graphic designers must know the fundamentals of design: things like color theory and typography. They also need to know how to build brand assets (like logos) and make sure they fit all designs for the brand.

The use of graphics, typography, graphs, and pictures to convey a message is known as graphic design. Graphic designers are capable of working on both print and digital projects. Graphic Design, unlike Web Design, focuses solely on the development of visuals for usage on websites or in print. Also, graphic designers do no programming.

What Is Web Designer?

Web design job descriptions, like those of graphic design, entail the production of visuals, typography, graphs, and pictures to communicate an idea. However, unlike graphics, Web design is exclusively concerned with websites and not with print. Web designers are in charge of developing websites that are not only attractive but also load swiftly. As a result, Web Designers are constrained in ways that Graphic Designers are not. They must, for example, consider a variety of factors, namely file size, and image resolution.

Besides, they must convert their designs into a functional website, which requires programming. Web designers will need a solid understanding of HTML, CSS, and potentially additional programming languages like JavaScript, PHP, etc. Photoshop, Adobe Illustrator, and InDesign are among their preferred tools.

What Is Visual Designer?

We do not overstate when saying that the importance of Visual designers in creating a better digital experience for online users. To produce visually attractive digital goods, it incorporates concepts from many various forms of design.

The focus of Visual designers, like that of Web design job descriptions, has always been on digital platforms. They aren’t necessarily responsible for traditional print media. Yet, many employers offer open design opportunities using the phrase “Visual designer,” implying that they are looking for someone who can handle various graphics-related tasks, including printed ones.

While every project that graphic designers work on is required to convey a message, Visual designers are more concerned with developing a cohesive voice that will appear across digital channels. Therefore, this is not a criterion they follow.

In short, here’s a table with key areas for each of the three designing fields to cover:

Visual design is on-demand! Between 2018 and 2028, many research project that the career will grow 3% and produce 8,800 job opportunities in the U.S, according to zippia.com.

Entry-Level Jobs And Their Pay Rate

Do you wonder how much do Visual designers earn? They make an average of $39.82 per hour, which adds up to $82,830 each year! An entry-level graphic designer earns approximately $44,000, according to Glassdoor. Top graphic designers may expect to make around $90,000 per year on average.

Compared to other positions in the graphic design career path on Payscale.com, Visual designers earn what we consider a lucrative income:

How To Get Started

If you want to be a Visual designer, one of the first things you should think about is to have a solid educational background. 68.1 percent of Visual designers have a bachelor’s degree, according to a survey of zippia.com.

68.% of Visual designers have a bachelor’s degree – Source: Charles DeLoye

The survey also identified that 8.2 percent of Visual designers had master’s degrees in terms of higher education. Even though most Visual designers should have a college degree, anybody with a high school diploma or GED may have chances to work in this position.

When it comes to learning how to become a Visual designer, choosing the appropriate major is crucial. Most employers now prefer Visual designers with an associate’s or bachelor’s degree in graphic design or art. Graphic Design, Fine Art, Advertising, and Communications are the most relevant fields to pursue should you want this job.

Where To Find Jobs

Advertising, web design, branding, digital advertising, and marketing are just a few of the areas where you might get to work full time as a Visual designer.

There are many fields to work in as a Visual designer – Source: Leon

If flexibility and freedom are essential to you, you can also become a freelancer. You may look at numerous platforms that specialize in freelancing employment for Visual designers.

It’s a very promising occupation, isn’t it? Especially in the next 10-15 years, design in general and Visual design will still be the in thing. If you consider this job or the graphic design career path, why don’t you give it a go? Those with a creative mind are always rewarded handsomely in the Visual design profession.

Want to know more about other occupations with a high salary? Try reading Top 14 Powerful Jobs That Are Creative With Appealing Income and Complete Revelation Of 6-Figure Salary In The US?

Emmanuel Davies has dedicated the most part of his career to education. In early 2020, he joined JobandEdu as a career advisor writer, where he writes about career overview, job advice, workplace culture. Previously, Davies worked as the Educational and Career Advisor at various institutions and organizations. Hence, he desires to share his experience and advice to everyone through writing.