How To Successfully Make A Succession Plan 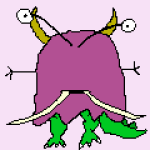 Apr 30, 2021 How To Successfully Make A Succession Plan 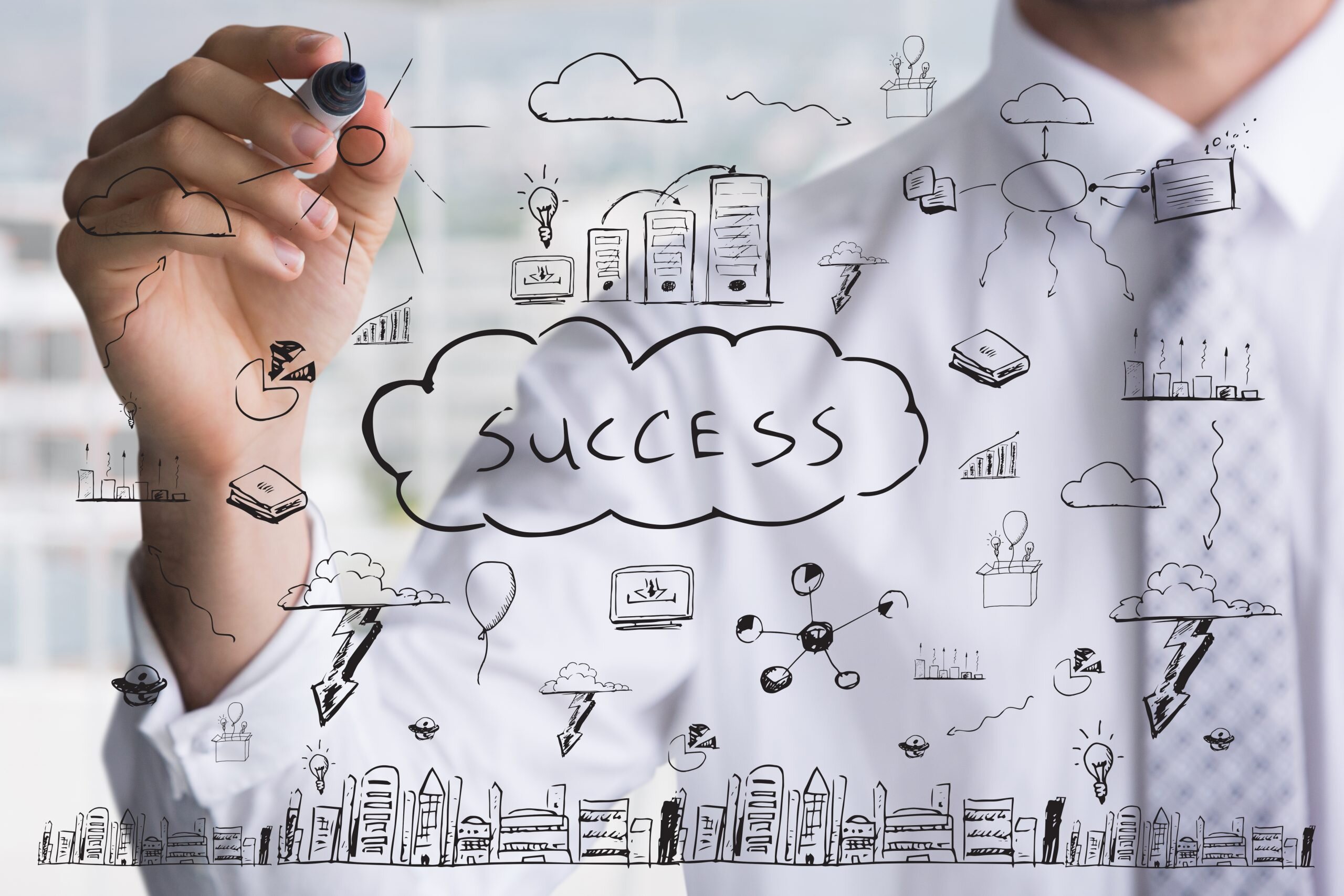 Today, various successful companies, namely Apple and Barneys New York, have succession planning to ensure a promising future for the businesses. Although the whole succession planning progress can be overwhelming or time-consuming at first, it is undeniably a process to help save you time, effort, and money in the long run.

What Is A Succession Plan?

What is succession planning? Succession planning is a precaution to make sure that a company’s power transition process happens smoothly in any case. This process typically concerns the passing leadership from the current owner(s) to an employee or group of employees. Also known by the name “Management Succession Planning” and “replacement planning,” it enables businesses to function properly after a company’s most important people opt for new job opportunities, retire, or pass away.

Hence, employees involved in the process are recruited and cross-trained to have adequate competence, company knowledge, and a holistic comprehension to fill each key role of the company.

Why You Should Prepare (for) A Succession Plan

Having understood the basic concept of Succession planning, you may find it essential for both entrepreneurs and employees. Indeed, there are numerous advantages for the owners and the workers to have a proper succession plan in place:

In addition, succession planning will help to create the next generation of executives, allowing company owners who wish to sell their share to do so.

Firstly, find out the critical positions in the company. There are positions you can make to find a proper replacement in no time, but obviously, there are also specific individuals whose absence would cause severe damage to the business. Since these people work in key positions and areas, prioritizing finding successors for these roles can ensure the operation of the company and its strategic objectives.

Find out the key positions in the company – Source: Roland Samuel

Secondly, determine what skills employees will need for filling those positions in STEP 1. This process can be pretty simple as you just need to match a candidate’s qualifications, talents, or skills with those position hiring requirements. Then, concentrate on the employees with the most potential, monitor their growth activities, and set performance goals.

Thirdly, find and evaluate potential successors. Even if you are new to this process, you can identify the obvious candidates who are more talented or more suitable for a position than others. So, just try to determine who is involved in and capable of filling essential roles and positions.

Find out potential successors in your company – Source: Mimi Thian

Also, remember to involve managers and leaders at all levels in the company because you can have valuable information about the hidden talents that lie right inside the offices. So, once the managers recommend someone, it would be wise to scan their profile to look for excellent qualifications.

STEP 4: Create And Implement Plans For Succession And Knowledge Transfer

Fourthly, a company should dedicate to developing internal talents and overseer their progress. Indeed, promoting from within can be more cost-effective and often results in better leadership. As a leader, you need to incorporate training methods, necessary skills, organizational knowledge transfer approaches into succession planning and management to successfully train a new management generation.

Finally, after executing all the above steps, you should focus on assessing and keeping watch on your succession planning and management endeavors to ensure the following:

So, making a succession plan doesn’t have to be exhausting and worrying. By following these steps, you can choose suitable candidates who will provide the best value for your organization in the long run. ​

Next, here’s how some companies have benefited from a decent succession plan:

A multinational tech company in the U.S

IBM, an American multinational tech company, had an outstanding example of internal succession planning done correctly a few years ago. As Samuel J. Palmisano retired, IBM announced that current SVP Virginia Rometty would replace him and become the company’s first female CEO. This change was not due to a blunder or shaky numbers; instead, it was a tactic move when Palmisano and the organization were at the top of their game.

Concerning experience, Rometty started working at IBM in 1981 and has been working there ever since. She climbed the career ladder steadily to become an SVP and Group Executive for Sales, Marketing, and Strategy before being given the CEO role. Rometty rose through the company’s ranks from an entry-level position and proved herself to the board of directors through careful preparation.

Although Rometty fought her way to glory in this promotion, IBM also did a fantastic job ensuring that the career growth process was in place. This process was accomplished by:

IBM made the announcement in October, but the transition had most likely already begun before the news became official. As a matter of fact, this whole process is the proper way to transfer a job and plan for an eventual departure. Instead of rushing the move in two weeks, the team devised a tailored strategy for the job.

Because of the additional workload, a change to the role of CEO can take longer. Thus, allowing enough time for a smooth transition helps the board and organization determine if this is the best match and gives the successor time to get comfortable with their current role, ask questions, develop new skills, and control their workload.

Many corporations select a successor based on only the characteristics of the leader on duty, which is a standard concept in succession planning. IBM, however, selected their next CEO based on merits and considered internal contenders as well. This decision reflects an appreciation of openness that complements and enhances the company’s strong culture.

Concerning Apple’s case, Steve Jobs planned his succession plan in the name of Apple University before stepping down as CEO of Apple. The Apple University, which has opened for business since 2008, offers a digital leadership program focused on developing Job’s experiences. It aims to “teach Apple employees how to think like Steve Jobs and make decisions that he would make.” In fact, this virtual training is an excellent example of how technology can help a company’s leadership succession plan.

Aside from Apple University, Steve Job also spent much time training Tim Cook for the CEO role. Before dealing directly with Jobs to obtain expertise in the CEO position, Cook worked in several managerial positions, including production, delivery, sales, and supply chain management.

“As far as my successor goes, I strongly recommend that we execute our succession plan and name Tim Cook as CEO of Apple.” Steve Jobs noted in his resignation letter.

Tim Cook also expressed his thoughts on succession planning in a recent interview, saying, “I see my role as CEO to prepare as many people as I can to be CEO, and that’s what I’m doing. And then the board makes a decision at that point in time.”

Apple also recognized the value of getting a proper succession strategy to guarantee that the company’s leadership and business are safe and sound.

Next is the example of Barneys New York. Daniella Vitale was appointed CEO of the luxury retailer in February 2017. She had previously filled the position of Chief Operating Officer (COO). “It’s time to turn the day-to-day management over to Daniella, who has long been my planned successor and is uniquely qualified to take the leadership reins.” her predecessor Mark Lee said.

Prior to Barneys, Vitale worked at Gucci under Lee. In fact, she worked for Gucci for over eleven years before joining Barneys as a Chief Merchant. Mark Lee was instrumental in establishing Vitale’s development direction and ensuring that each move led to her ultimate position as CEO.

This practice of succession planning proved to be beneficial when Lee handed over the power. By the time Vitale took over the role, she had already gained valuable experience as a business executive, having served in various divisions and serving as the COO, managing all departments. Even though the strategy prolonged over five years, it was worth the wait. Barneys and Lee took the opportunity to ensure that their staff was ready to adjust and take responsibility in a new key role.

Conclusion – What Is Succession Plan?

What is succession planning? Succession planning is an important step to further a company’s business in the market as one always needs a decent CEO. Following the Succession Planning Best Practices above and investing in a proper succession plan can do wonders for your business, as you can find out and nurture the next successors for the company’s key roles as soon as possible.

Above, we’ve listed the best practices of succession planning, as well as examples of succession planning. These businesses listed were cautious, tactical, and deliberate in their planning. They identified applicants with the appropriate level of expertise, developed their resumes, and invested in their employees. These arrangements have necessitated willing and supportive leaders to take a step back to mentor.

Company leaders and entrepreneurs should apply these lessons to their company’s cases. Succession preparation may aid in the maintenance of development and continuity and promote internal advancement and retention.

Is there a succession plan in place at your company? Have the employees had a clear look at their career path? Do you need advice in the managing career path? Check out these articles that may be more than useful to you.

Want To Work In Small Format Stores? Read This First!

Revelation Of 6 Figure Salary In The US?

Project Manager Jobs Near Me 101

How To Nail All Questions At The Second Interview?