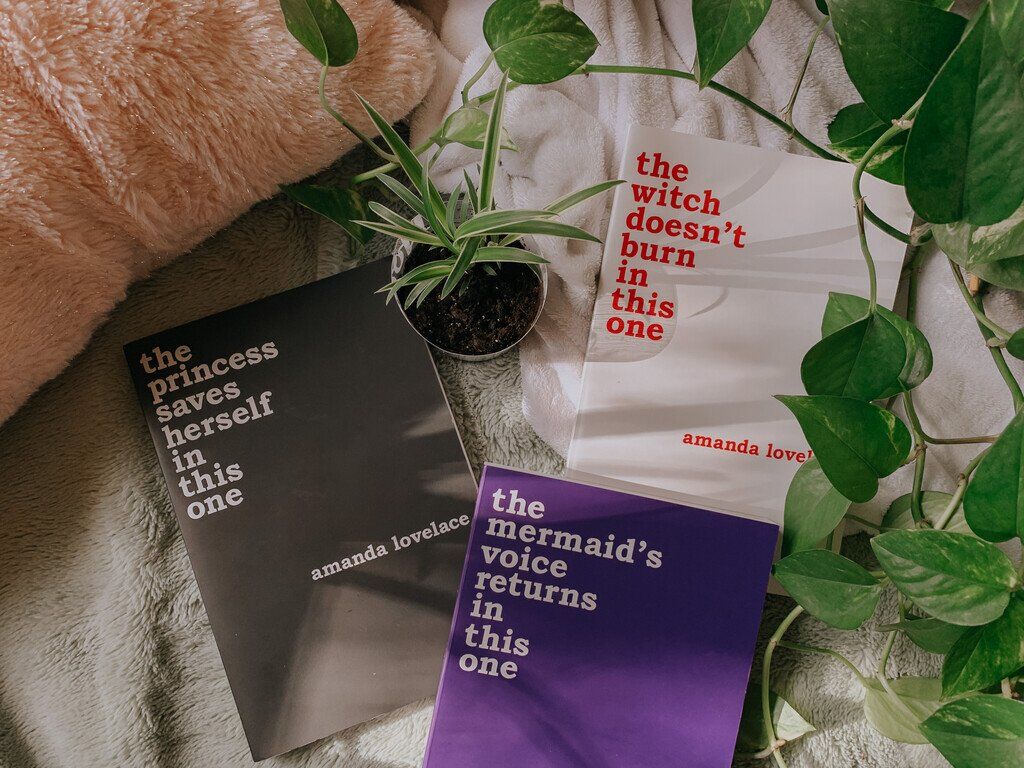 How do you describe a witch? You could not ignore The Witch Doesn’t Burn in This One if you are interested in this conceptual-intensive literary work.

Normally, a witch possesses a mystical, supernatural power. Yet the witch appears as an indestructible symbol in the poem The Witch Doesn’t Burn in This One.

This touching collection of poems is intended for women, inspiring them to take better care of their lives, and the main material promotes feminism.

The Witch Doesn’t Burn in This One is a well-known masterpiece about the feminism – Source: allcharacterswanted

The Witch – Symbol Of Feminism

The Witch Does Burn in This One is a tale of strength and work that helps women control their own stories. The material uses the image of a witch, an infamous persecuted woman. It has since served as a sign of the liberation of women.

In each episode of this Amanda Lovelace book, the phases that the witch goes through symbolize the path that women go through in their lives, including four parts: “challenge,” “burn down,” “firestorm, “and then, ” ashes.”

We begin with the “trial” to find out what a woman is committing. “The only crime we commit is women,” the author said. Lovelace uses “trial” to describe every way that society rejects women. Though that does not mean having to go through a real trial, the community constantly accused women – somehow.

Of course, at birth, nobody has the right to choose the gender. Women are to be loved, so why do they say that the only sin women commit since they are women, they are wives.

What the author continues to mention is “Burning”. After being found guilty, the witch faces burning or the like with socially punished women.

An awesome instance from this section explains this thought as “expectation versus reality.” All poetry lines depict a great disappointment: women can never be safe due to unseen forces. People always blame and condemn women just since they are in female form.

All means what “burned” implies by “burn the witch review”. At that period in history, society accused women of crimes with a series of irrationalities. Although it is not their fault, they are “unforgivable” at all times.

Lovelace also used the “firestorm” as a female ally and protected them from society’s brutality.

Perhaps the wicked believe the firestorm will execute and burn down all the women who bear “sins” on them. Nevertheless, what they never expected was for women to grow stronger, heal, and resist fiercely.

Women are rising in the “firestorm” and showing society the errors that the whole society is making. There is a feminist voice in the expression “you do not teach, they do not learn,” It reveals how women cope with imposing them.

It beautifully depicts women’s feelings today, the resentments they bear, and, after all, the courage they must have.

This entire book is about reclaiming justice for women – Source: whsgrassburr

In the end,  “the ash” – something that women receive after being told that “prisoners” have committed crimes they have not committed yet, after trial, society opposition and their expectations.

Women Are Going To Stand Up Strongly For Their Rights

Women will not ever accept that cheap, absurd, unruly, and brutal end, and they will rise from the ashes like a phoenix. After that, women have to rise and teach generations to come and tell them not to be quiet again.

In this final episode, Lovelace is proud to talk about the new role women take to address inequality and to commend women everywhere to speak up for right and wrong.

She still inspires and encourages women to join her and writers who have the same voice to reclaim justice for all.

Poetry is something about making you feel. If you understand the plight of women, then every line of poetry would absorb you.

And while not everyone’s cup of tea is this modern form of poetry, it undoubtedly helps all readers understand and sympathize profoundly with fates that have ever endured through lots of tragedies.

Although there are flaws in this book, its content and validity are what matter the most. Reading The Witch Doesn’t Burn in This One makes a woman feel empowered and grateful because, for a particular community, many people out there are demanding change.

These poems in The Witch Doesn’t Burn in This One are full of feminism. It aims to protect women by opposing all the unruly people who may impose negative effects on women.

The work has a political demeanour and discusses discrimination, and strongly condemns the cruelty of contemporary society.

Overall, this whole book is about reclaiming women’s justice. Hence, this book might be one of the most recommended books for women fighters. You will better understand women’s lives in the past, sympathize with them more, and stand with women.

Because women are to be loved, not to “burn,” then “firestorm,” and in the end, just “the ashes.” They deserve to be as equal as men.