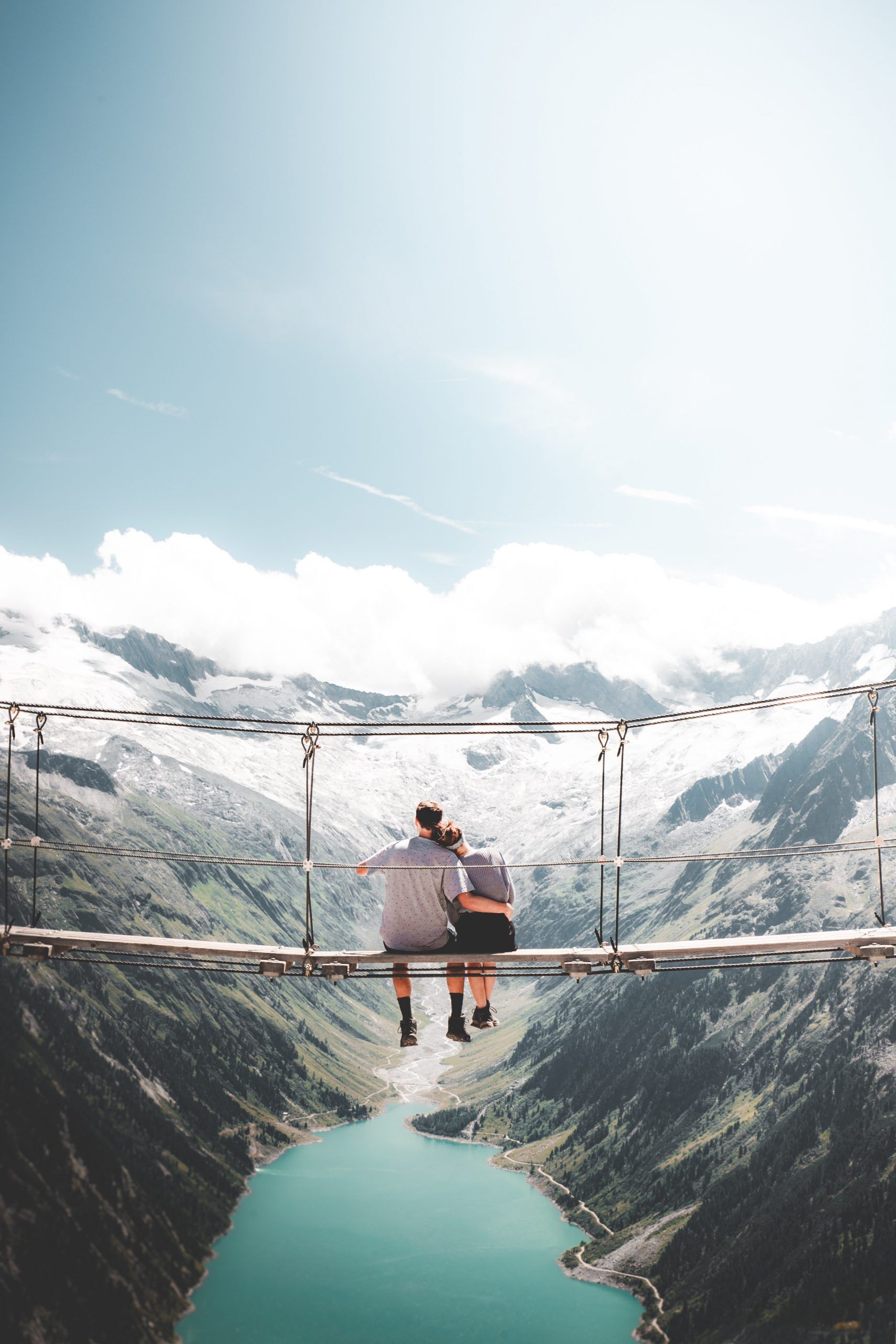 According to the Organisation for Economic Co-operation and Development (OECD), the average life expectancy of U.S. women is 81 years while that of men is 77 years only. The fact that women outlive men by 5 years is contrary to the long-standing misconception that men are stronger than women. Indeed, science has proved that women have better longevity and ability to cope with trauma and survive illnesses.

How Women Are Stronger Than Men

“Robust” is how Steven Austad, an expert on aging, describes women. Austad is chair of the biology department at the University of Alabama and has been studying aging for almost two decades. Let’s find out what Austad says about who is stronger: man or woman.

The stereotype that men are stronger than women seems so common that it turns out to be rude when calling women “strong”. Justifiably, there are reasons for women to be regarded as the weaker sex. According to the Centers for Disease Control and Prevention (CDC), women are on average six inches shorter than their counterparts. Their physical strength is not up to par with that of their counterparts, though they are born to be the more vigorous sex.

The global Gerontology Research Group maintains a tally that shows only 43 people worldwide are known to be living over the age of 110. Among these supercentenarians, 42 are women. That’s a fascinating number demonstrating how women outlive the other sex. Though many may argue that lifestyle differences may contribute to such a result, scientists disagree. They say that statistically, a boy is more likely to die from birth.

Even with the same level of care, males experience up to 10% greater risk of diseases compared to females. And it has not dawned on scientists about why baby girls are so robust until a 2014 research by scientists from the University of Adelaide. The research explains that the difference might be from how a mother’s placenta behaves during pregnancy. According to the sex of the baby, the mother’s placenta increases immunity against potential infections. In other words, female babies get extra care and survivability from their mothers since they were in the womb.

Even into later stages of their lives, women seem to have a very effective shield against sickness. In other words, similar illnesses would have milder symptoms or less effect on women than men. For example, women face cardiovascular disease and high blood pressure at a much older age than men. Even more surprisingly, how fast the disease progresses also depends on the sex of the patients. These are facts shared by the Centre for the Study of Sex Differences in Health, Ageing and Disease at Georgetown University.

Steven Austad from the University of Alabama reveals that from 12 of 15 common causes, women died at lower rates than men in the United States in 2010. Even though women were more likely to die of Alzheimer’s disease than men, women had better resistance to almost all primary causes of death, including cancer and heart disease. Therefore, women’s longevity could be due to how their bodies survive sickness much better than men.

Even with everyday coughs and colds, women seem to have a more robust immune response than men. Women may survive better despite more severe conditions or a longer duration of sickness. Scientists believe that hormones account for this because women have more estrogen and progesterone. These hormones could be protecting women by strengthening their immune systems and making them more flexible. Maybe women are born that way to endure illness and maintain their health to reproduce.

Typically, the sex difference is strongly thought to be biological. However, social beliefs can affect gender behaviors that account for gaps in health and survival among sexes. Being dubbed “the weaker sex”, women usually seek medical help when needed. They have less dangerous occupations and generally eat more healthily than men.

In addition, scientists believe that humanity’s history also accounts for the fact that the female body is more robust than males’. Anthropologists studying tribal communities in Asia, South America, Africa, and Australia have found evidence that women in hunter-gatherer societies managed the same physical work as men did. Based on various fossils of aboriginal tribes or hunter-gatherer societies, they believe that women also hunted with men besides undertaking the burden of bearing and raising children.

The Evolution Behind Women’s Health

Looking back at the evolutionary path of humans, scientists believe that natural selection plays an important role. When migrating through Africa to other places around the world, women traveled thousands of miles and withstood extreme environmental conditions. Despite all the hardships, women managed to not only survive but also reproduce. Gradually, mankind became fitter and healthier to survive.

Adrienne Zihlman, an anthropologist at the University of California, has studied human anatomy and the evolution of women’s bodies throughout her career. Zihlman strongly believes that evolution shapes the human female and everything about women. She argues that the bearing of a child is the most physically demanding thing any woman can do. Indeed, reproducing requires both the female form and the female psyche – which is honed over millions of years to survive.

Zihlman doesn’t think of women as the weaker sex. The “men stronger than women” mindset is mainly a social stereotype. Sadly, this mindset does more harm for men than for women. For example, men are expected to act strong and hide their weak side due to their upbringing. They may think that time would treat a fever cold, or they should show off how strong they are. No matter how physically fit men are, they should seek medical help when they need it without feeling ashamed.

More Facts You May Not Know About Women And Men

Men and women are quite different, from their natural physical capabilities to how their body type varies due to lifestyles. Even among people of the same sex, their health and longevity depend on various elements, such as their living conditions or occupations.

Women Are Better At Endurance

Women are exceptionally good at endurance running., Marlene Zuk, a biologist at the University of Minnesota, explains that women’s running abilities decline extremely slowly despite their old age in her 2013 book. In reality, she’s fascinated by women’s running abilities. Then, Marlene gives out an example of Amber Miller, who gave birth just seven hours after finishing the Chicago marathon. This example depicts an extreme endurance capability in women, which might contribute to their longevity.

Different Symptoms For The Same Sickness

Strangely, men and women would have completely different symptoms even when they are in the same medical conditions. In general, women are more prone to insomnia and fatigue a couple of weeks before they have a heart attack. Meanwhile, men would experience chest pain leading to a heart attack. This fact could be the strangest one about how men and women are different, and science has no explanation for it yet.

Even among women experiencing menopause, the symptoms vary. For example, western women during menopause commonly have hot flushes, night sweats, depression, and insomnia. By contrast, Indian, Japanese, or Chinese menopause women deal with much fewer symptoms. This can be due to common experience sharing among people of the same race. In other words, Indian or Japanese women would have a different food intake in the years leading to their menopause, compared to that of western women.

When It Comes To Sex

Two German researchers, Heiko Hect and Andreas Baranowski, studied whether women don’t want casual sex as much as men do. Surprisingly, they found that women have the same need for sex as men, but they are more careful about their partners. While most men might have no issue with having sex with a stranger, women prefer a safe environment for love-making. This difference of choice could be a factor in the health quality difference between the two sexes.

We might know someone who gets excited about taking risks. For example, they may prefer thrilling games or be able to make huge and risky decisions. Scientists have proved that testosterone is associated with higher levels of optimism in some people, making them more eager to take risks. For instance, scientists from the UK, the USA, and Spain tested saliva samples from traders on the stock market. Their saliva samples contained much higher than average testosterone levels. This information explains how traders stay optimistic and able to make huge financially risky calls.

Life Expectancy Of the U.S Territories

Up to this point, we may have understood who is stronger: men or women. In fact, women have longer life expectancy across the states and territories of the U.S. Let’s see details below:

Though society may make us believe that men are stronger than women, science has proved the opposite. Women are born with the capabilities to reproduce and withstand the hardships to survive. Let’s agree that evolution has equipped women with such powers to maintain humankind. Ultimately, it does not matter who is stronger: man or woman since two opposites can join hands to better the world and prolong humanity’s history. Visit our Gossip section to read more interesting facts.

Heartwarming Gifts For A Mentor: 11 Perfect Gift Ideas To Thank Your Mentors

Am I Being Gaslighted, And How Do I Shut It Down?

Be Amazed At Drinking Age In Germany And Other Countries. Prost!