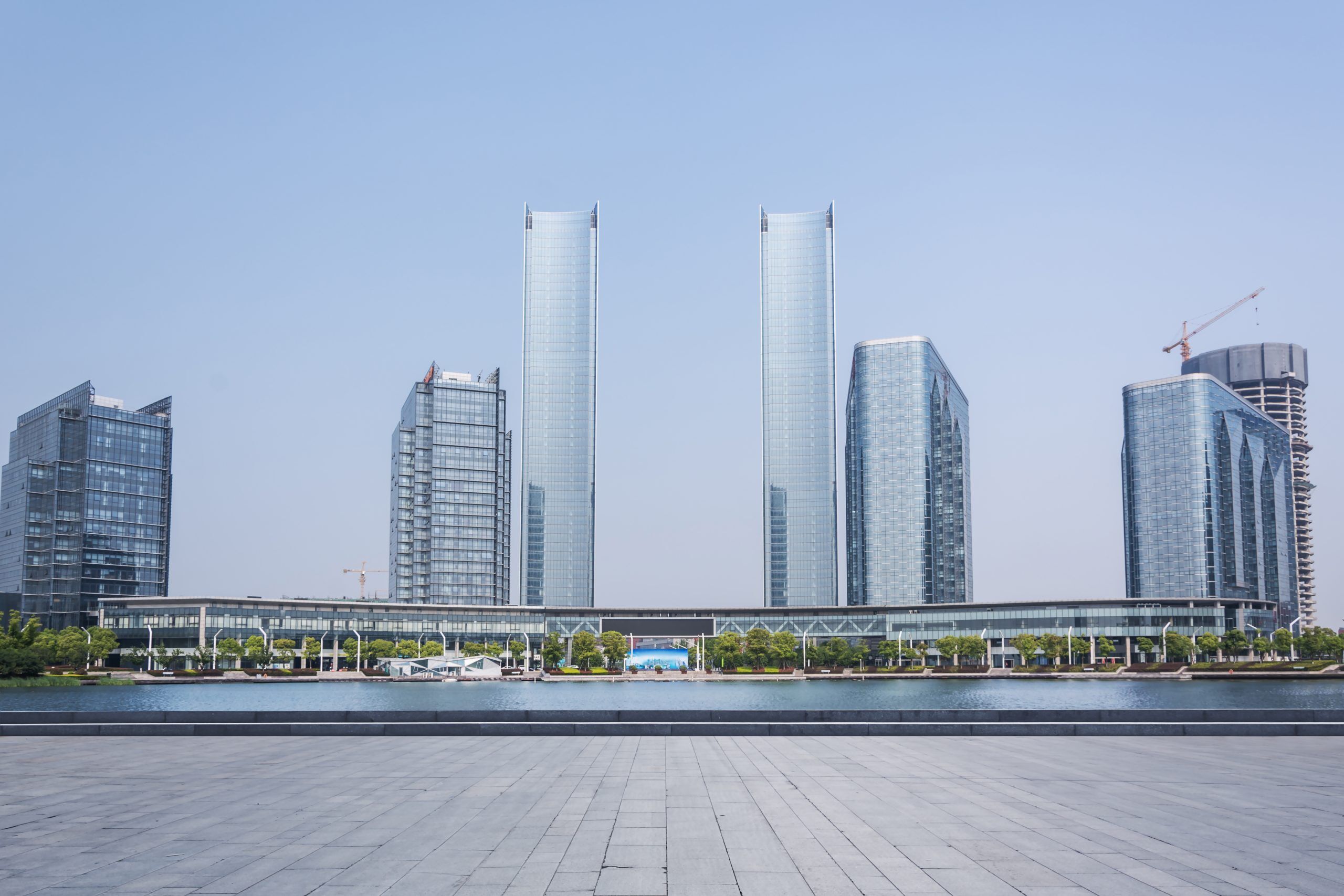 Is Illinois a right-to-work state? Is Arkansas the same? Such questions require a clear answer, as not all states adopt the right-to-work law.

Workers in the United States have to endeavor to stand out in one of the world’s most competitive job markets. Finding a suitable job opening is one thing; agreeing to its union membership is entirely different. It is your choice to make sure that your rights to work and benefits are never at risk.

What Is The Right-to-work Law?

In any company in the United States, the labor unions can provide you with right-to-work laws information. The right-to-work means that employees can work in a workplace with a labor union without being in the union.

In other words, employees can choose not to be union members and still work in a unionized company. Not having a union membership does not mean the employees would not receive the union support. Such union representation is essential to guarantee that all employees can gain similar benefits in terms of wages, working hours, and conditions.

Working in the United States is all about income, just like anywhere else. Source: images.pexels

In some specific cases where employees need to have the union to pursue grievances on their behalf, employees would have to pay some cost. Other than that, the right-to-work law ensures that non-unionized employees can count on the union and have access to similar benefits as their unionized colleagues.

How Does Your Employment Affect Your Legal Rights?

According to the National Right to Work Legal Defense Foundation, your employment types affect your rights majorly. There are different rights applicable for federal government employees and state or local workers. All federal government employees have the right to refrain from union membership and not pay any dues or fees to their unions. It applies regardless of their workplaces.

The same goes for a state or local government employee or a public employee. Public school or college employees are public workers, so no membership nor fees are obligatory. For private-sector employees, they can choose not to be a union member.

However, if they don’t work in a Right-to-work state, they may have to pay union fees. And for railway or airline employees, they don’t need to get union membership, but union fees might be applicable.

Your working conditions might be affected by the right-to-work laws in your state. Source: images.pexels

The History Of Right-to-work Laws

The Right-to-work law first introduction was in 2017 as the National Right-to-Work Act. The congressmen of Iowa and South Carolina brought in this law afterward. Two years later, Kentucky put a similar bill into force. However, up to date, there is no official federal right-to-work law, but only on the state level.

States enact the right-to-work laws according to the Labor Management Relations Act of 1947. Some states, such as Delaware and Illinois,  attempted. However, they failed to use this Act to enact local jurisdictions for their right-to-work legislation.

But in 2016, the Sixth Circuit Court of Appeals granted Kentucky, Michigan, Ohio, and Tennessee the right to enact local right-to-work laws. Due to the ongoing argument about its effects on the employees and unions, not all states apply the right-to-work law.

So Is Illinois A Right-to-work State?

Whether you start your career in your area or elsewhere, you should check if the state adopts the right-to-work law. So far, only 27 states of the United States have officially adopted this law, and the list has not enlarged since 2019. Besides the states above, employees in other states should confirm how they are covered by the right-to-work laws in their respective states.

Illinois gives clear worker rights instructions. Employees can easily file a complaint from the state website (www2.illinois.gov) and explore other benefits they can expect from employers. These include minimum wages, meals and breaks during working hours, holiday pay and vacation, and other perks. Besides, their employment laws provide protections for migrant workers, particularly in agricultural work.

The 27 States Adopting The right-to-work Laws

Employees can expect to be covered by the right-to-work in the following states:

After over a year, the West Virginia Supreme Court finally upheld the right-to-work and handed a defeat to unions. The West Virginia Attorney General stated that it was a significant victory for workers. He mentioned that it was not a pro-union or anti-union decision. Instead, the ruling is to protect workers by giving them a greater voice. And by that, unions will eventually grow better.

What about the rest of the United States? In case you aspire to work in a state where the right-to-work laws are not adopted, rest assured that they do have similar legislation on their books.

You should contact your state’s labor office to confirm what right-to-work law or similar provision is available in your state. Especially if you are working in particular fields like education, airline, or railway, there will undoubtedly be specific laws and court rulings applicable to you.

What About Right-to-work In Michigan?

The state even has a special task force committed to ensuring the rights of Michigan workers. In the past, workers not paying union dues could lose their jobs under some union contracts. With the right-to-work law in effect, workers in Michigan no longer have to face the same risk.

Unions represent and fight for the rights and benefits of workers. Source: peoplesworld.org

Michigan workers are now not required to join a union or pay union dues or agency fees. Any worker can contact the National Right to Work Legal Defense Foundation for free legal assistance if they don’t want to pay dues to an unwanted union. And of course, they will not lose their jobs.

The Michigan right-to-work law is all about the workers’ rights and benefits regardless of their workplaces. For further information, you can access www.legislature.mi.gov and refer to Public Act 348 of 2012 (SB 116)  and PA 349 of 2012 (HB 4003).

Why Don’t All States Adopt The right-to-work Laws?

Though the right-to-work laws have in effect for so long, only half of the states adopt them. Activists for right-to-work laws strongly believe that requesting payments from employees to unions would inhibit economic growth eventually. From their perspective, an employee working in a company with a strong union presence does not necessarily have to pay any fees for that. Requesting fees would be an infringement on the employees’ freedom.

On the other hand, opponents argue that the non-union employees are only reaping the benefits from the union without fair fee payment. Hence, it is unfair to have other colleagues pay union dues to support the union activity, covering non-union employees. There is a discussion about the economic effects of the right-to-work laws on the unions’ political power. Nevertheless, employees care most about their rights and benefits.

Being a union member means so much more for some. Source:  ca.res.keymedia

Does The right-to-work Impact Your Work Location?

Understanding the specifics of the right-to-work laws and where they are adopted, you don’t have to ask yourself questions like “Is Illinois a right-to-work state?”. You no longer need to worry about Michigan right-to-work law. Instead, you need to start to choose the best location to work.

First and foremost, consider which employment type you are in and how the right-to-work laws are applicable for that specifically. From there, you can decide where you want to work more appropriately.

You can choose states that adopt the right-to-work laws or specific workplaces with something similar to protect your rights. And along the way, there are organizations, like the National Right to Work Legal Defense Foundation, offering you help and support to make sure that no one is unfairly treated.

It All Comes Down To Your Own Choice

Don’t waste your time pondering on questions when answers are available. Inspire yourself to work harder and smarter, to make the most of your work life in the United States.

Paid Internships Near Me

How To Nail An Open Interview?

Lying About Gpa On Resume: Could It Harm You?

Further Information About Waitressing Jobs Near Me And How To Find Them?

Cover Letter vs. Personal Statement: You Can’t Misuse Them