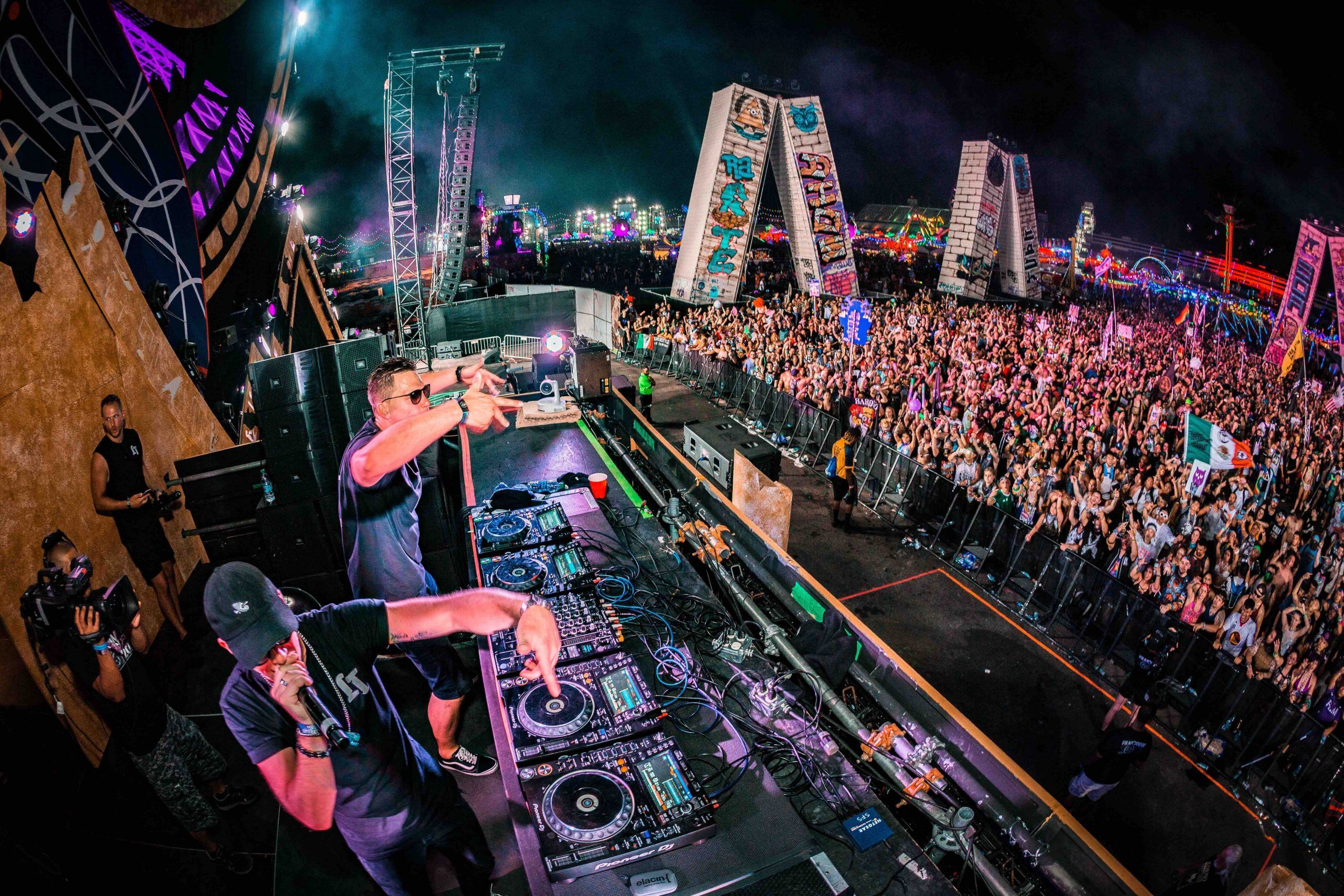 What does DJ stand for? The talented Australian songwriter, record producer, and DJ TyDi once asserted, “DJ-ing itself is not just about playing songs. The art of DJ-ing is presenting new songs to the crowd that they haven’t heard before and creating a party vibe that’s different than just listening to anybody’s playlist. It’s the only way to truly be big and respected in your craft.“

Indeed, in today’s modern life, the word DJ is very familiar to us. Anyone would have heard this term. However, do you know the full name and specific concept of this word? What does DJ stand for? Let’s find out with us!

What Does DJ Stand For?

In brief, a disc jockey, or DJ in short, is the one who plays recorded music for an audience. DJs handle flat slabs of vinyl with squiggly lines stamped into their surface. They use a “turntable” – a big motorized device rotating at a selectable constant speed.

The word “disc” in “disc jockey” originally referred to shellac and later vinyl records. Today, we use the term DJ to describe persons who mix music from other recording media such as cassettes, CDs, or digital audio files on a CDJ, controller, or laptop.

Besides a noun meaning, DJ also acts as a verb. That is to work as a DJ (for example, everyone asked her to DJ the party).

Club DJ would perform in commercial venues such as nightclubs, bars or club-orientated bars, and even festivals.

Also, Club DJs often host parties for those who want to dance to several specific kinds of music. To liven up the crowd, club DJs typically deliver a continuous “mix” or “DJ set” of one or more electronic genres such as house, techno or drum & bass, etc. However, this is not always the case. Types of music you will need to play depending on the features of the venue and the local scene.

Typically, club DJs use the industry-standard club gear that is already set up in the venue. They usually play other artists’ music.

Mobile DJs travel everywhere to play the soundtrack for private events such as weddings, corporate parties, and school dances. Compared to other DJs, they need to have a diverse list of songs to serve a wide variety of gigs and clients.

Mobile DJs frequently set up everything from scratch for each event, using their own portable sound equipment and lighting setup.

Some are attracted to mobile DJing as it is a bit like running your own business. That is, it’s easier to find your own gigs, which directly gives you more control over your income.

These folks are usually required to play more commercially oriented genres such as dance and pop music.

Anyone can select the track on a setlist, but we need a producer to compose the original music DJs play. Music producers are musicians who help people record an album or a single, produce music for themselves, or remix other artists’ tracks. They create music by combining different sounds and instruments, then put them all together electronically.

DJ-Producers have risen in popularity in the last decade. Many amateur and novice DJs have made a successful track then getting booked at some of the world’s biggest festivals. Today, almost all of the top DJs produce their own tracks. They will have the advantage of playing their own tracks, remixes, and re-edits in their DJ sets, which allows them to be unique.

Generally speaking, making your own music gives you a far greater chance of financial success since it may open up many other income stream opportunities. You then have not to rely on gigging fees only.

A radio DJ works as a host, mixer, or member of the programming team of a radio station. Nowadays, many radio DJs host a podcast or work on satellite radio, while others are just announcers who talk in between songs. Others perform live sets for the entire city and sometimes for more than one city concurrently. To entertain the radio audience, you have to show insight into new music together with popular and trending songs.

Keep in mind that while there is sufficient demand in this niche, it is still particularly competitive. So you will need to stay updated with the latest tracks and songs if you want to stand out and build an audience.

A radio DJ announces news in a studio – What does DJ stand for. Source: madeinitalyradio.wordpress.com

In the early-to-mid 1970s, hip-hop artists and other club DJs popularized the use of turntables. Through techniques such as “scratching”, “cutting”, and “beat juggling”, these artists did make completely new sounds. They then became known as ‘turntablists’ in the early 1990s.

Turntablists are also known as scratch DJs or controllerists. They perform live remixes with special effects by turntables, a mixer, and headphones. Scratching technique requires a proper skill of using hand or wrist motion that takes years of practice to master.

These days, turntablists tend to make videos of their best moves, then send them to tournaments such as the DMC World DJ Championships or Red Bull Thre3style. They are well-known in the DJ community though people do not know them.

Our Final Thoughts: Is It Easy To Become A DJ And Succeed On This Path?

You will have to ride a long training process to create a knowledge base for the job. However, only knowledge is not enough. You also have to improve related skills and meet specific requirements.

So should you be a DJ? This question we are waiting for you to answer. If you really love music and the job of a DJ, no matter how difficult the job is, you can still do it. In other words, what DJ stands for is precisely your passion.

Enjoy these findings? Visit our Entertainment section to update the biggest stars’ net worth and the latest news about the entertainment industry.

Abbreviations are a common part in our lives. The following common abbreviations may amaze you:

What Does “Fn” Mean? Abbreviations With Various Meanings

What does Y/N mean? Explore Other Abbreviations In Fanfiction

12 Best Songs That Make You Feel Like A Baddie