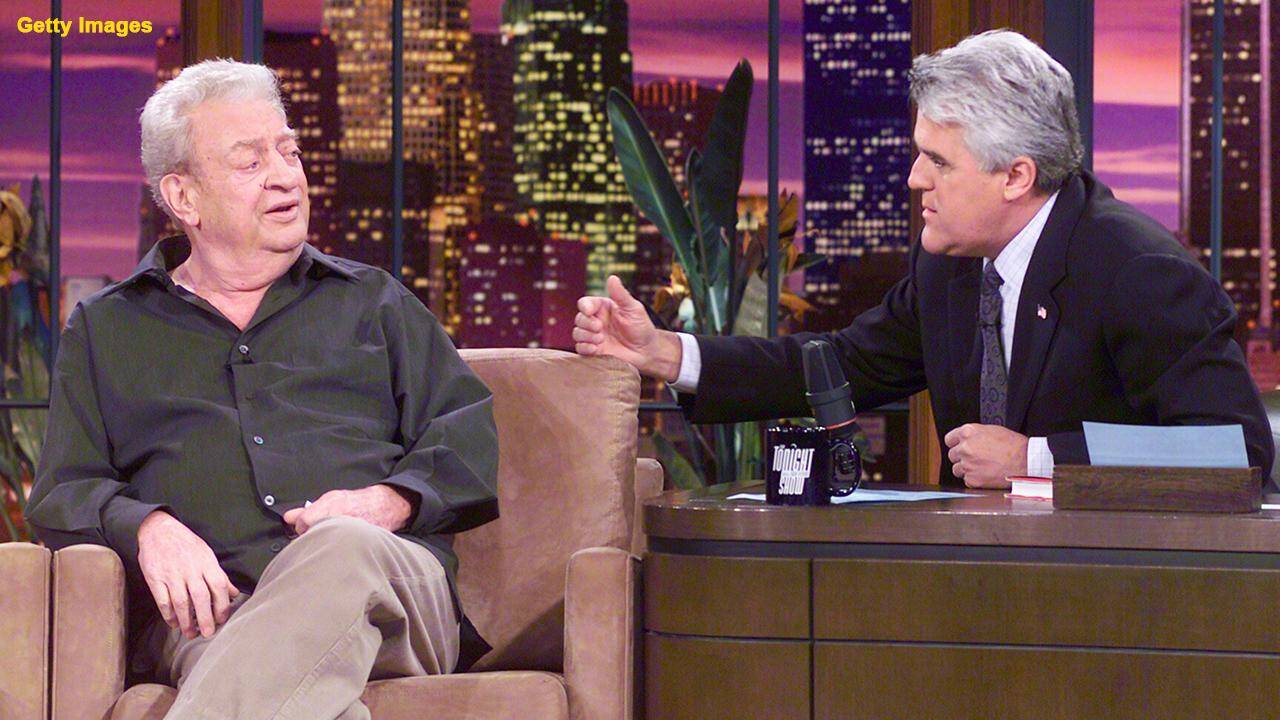 Shining bright thanks to the starring role in the 1980 golf comedy “Caddyshack,” he built up his name as one of the best comedians of all time. He also has the power to make everyone laugh with his unique style. People remember him as a regular on various programs like The Tonight Show, and the author of the iconic catchphrase, “I don’t get no respect!’’

Regarding his family, his mother is Dorothy Teitelbaum, an  Austro-Hungarian. His father, Philip Cohen, was a Jewish vaudevillian performer.

After his father abandoned his family, Rodney moved to Kew Gardens, Queens, with his mother and sister. He studied at Richmond Hill High School there and graduated in 1939.

At just 15, Dangerfield began writing scripts for stand-up comedians at a resort in Ellenville, New York. He later changed his name legally to ‘’Jack Roy’’ and began struggling to make ends meet for nearly a decade. During this time, he took on all sorts of odd jobs: taking care of a newsstand, selling ice cream on the beach, working at a soda fountain, delivering groceries, and driving a fish truck.

In the early 1960s, Dangerfield returned to perform at the resorts of Catskill. While still struggling to succeed, he realized his talent and artistic personality needed cultivating. Then, he decided to adopt ‘’Rodney Dangerfield’’ as the stage name because of a nightclub owner’s suggestion.

In fact, ‘’Rodney Dangerfield’’ was previously used by Ricky Nelson as a pseudonym in The Adventures of Ozzie and Harriet.

The year 1967 marked a significant breakthrough in Dangerfield’s career. First and foremost, he was offered as a last-minute substitute on ‘The Ed Sullivan Show‘. This show was an American television variety show that ran on CBS from 1948 to 1971, hosted by the New York entertainment columnist Ed Sullivan.

It was from this position that he made an immediate hit with his audience. After that, he took plenty of Las Vegas casinos’ shows by storm.

Then, he became a regular guest on “The Tonight Show” and ‘’The Dean Martin Show“.

In 1969, he teamed up with Anthony Bevacqua and founded ‘’Dangerfield’s’’, a comedy club in New York. In fact, this club was the venue for countless HBO comedy specials such as Jim Carrey, Bob Saget, Rita Rudner, Jerry Seinfeld, Sam Kinison, and so on.

He won a Grammy and many other awards for his comedy album ‘No Respect‘ (1980).

Success On The Big Screen

Dangerfield had been acting since 1971 in the movie “The Projectionist“. Yet his acting career flourished in the 1980s thanks to a handful of outstanding comedies, notably ”Caddyshack’‘. In this film, he played an insufferable real estate developer and must confront a priggish judge.

Thanks to his miraculous improvisation skills and his costars Chevy Chase and Bill Murray, his role ended up being more successful than expected.

One of the best Rodney Dangerfield movies is “Caddyshack’’. Source: brobible

Continuing this success, he appeared in ”Easy Money” in 1983 and ”Back to School” in 1986. He then decided to renew his comedic character by playing an abusive father in the movie. “Natural Born Killers” in 1994.

Some of Dangerfield’s other appearances include roles in television seasons “Home Improvement” and “The Simpsons” or roles in family films such as “Rusty: A Dog’s Tale” and “Casper: A Spirited Beginning“,…

Dangerfield was twice wed to Joyce Indig. The first time, the couple lived together from 1951 to 1961, and the second lasted from 1963 to 1970. They had two children, Melanie Roy-Friedman and Brian Roy. After breaking up with Joyce, he married Joan Child in 1993, and they stayed together until his death.

In 2004, Dangerfield died at the age of 83 from heart disease. It was first discovered with a mild heart attack while he was on-air routine on the show “The Tonight Show.”

However, his situation worsened, and he could not recover after two months of heart valve-substitution surgery (2004).

He was buried at Los Angeles’ Westwood Village Memorial Park Cemetery, with the headstone epitaph in his typically self-deprecating style: “There goes the neighborhood.”

In 2005, UCLA’s Division of Neurosurgery named a surgical suite after him and honored him with the Rodney Respect Award. A year later, Comedy Central aired: “Legends: Rodney Dangerfield” in tribute to the late comedian.

Rodney is also the first celebrity to possess and design content for his own website. This website was relaunched by his widow in 2013. The site has received numerous Webby Awards and won one.

Other highlights of Rodney’s legacy include a stand-up comedy class at the Los Angeles City College Theater Institute, a 2014 honorary doctorate from Manhattanville College.

1. His catchphrase: ”I don’t get no respect‘‘ originated from a saying of a gangster. One night, Rodney overheard a small-time older gangster speaking to the rest: “Young people don’t give me no respect.”

2. Rodney had to smoke marijuana constantly for 60 years to cope with the mental and physical pain caused by his chronic depression.

3. Rodney has a routine: at home, he wears nothing else except a loose bathrobe.

4. Rodney lost money when he appeared in ‘’Caddyshack’’. Indeed, his remuneration was $35,000, yet he revealed that he spent $150,000 to book a hotel room in Las Vegas to conduct this movie.

7. Dangerfield’s trademark is a black suit with a red tie. After his death, one of his outfits is permanently displayed at the Smithsonian Museum in Washington, D.C.

Like what you are reading, check out our articles on other comedians and other celebrities.

Grasp Some Facts On Rodney

Bob Saget once said: ‘’Rodney Dangerfield made the world laugh, and laugh deeply because he was just so funny. Funny as a writer, funny as an actor, funny as a comedian, and funny as a man.”

Rodney Dangerfield is a genuinely gifted stand-up comedian from the 20th century. Throughout his seven-decade-long career, he had left an unforgettable impression on audiences worldwide.

If you have more questions of Rodney Dangerfield’s net worth, give your comments below.

Visit the Entertainment section to grasp more entertaining news. At JobandEdu, you could enrich your knowledge through various topics of education and jobs. Check them out!

12 Best Songs That Make You Feel Like A Baddie