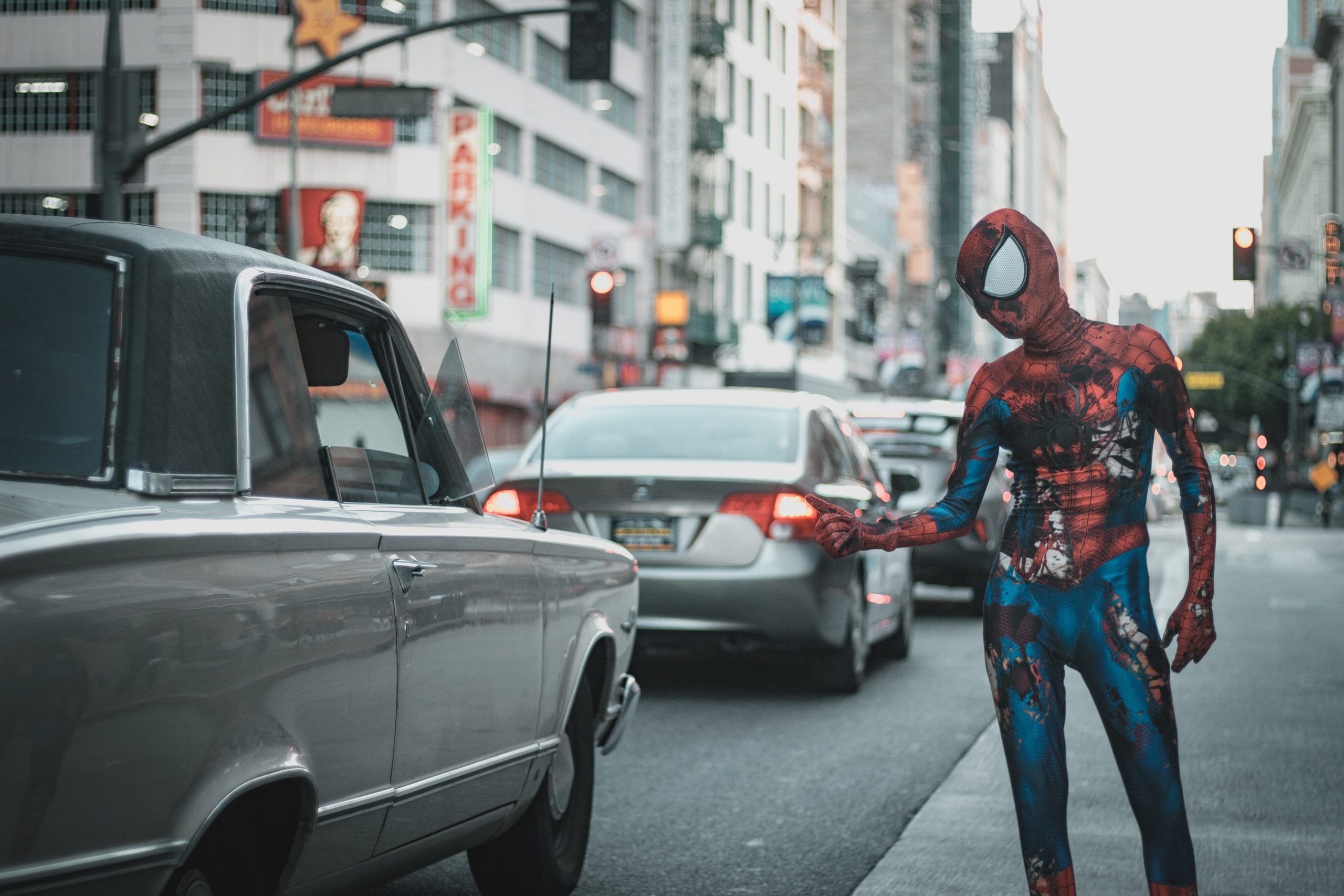 Have you ever found yourself confused over the origin of a superhero? Wondering whether Spider-Man is from Marvel or DC? Refresh your memory with this article and never forget them again.

From Tom Holland’s tear-jerking performance in Avengers: Infinity War, Emma Stone’s brilliant portrayal of Gwen Stacy’s death in The Amazing Spider-Man 2 to Tobey Maguire’s utterly iconic evil dance in Spider-Man 3; Spider-Man has been a central figure of modern cinematography. So some people may feel compelled to ask: “What is the origin of Spider-Man?”. Did he just spring into existence thanks to some overly-imaginative film writers? Is Spiderman DC or Marvel? If you also want to know the answers, buckle up ladies and gentlemen, cause we are taking you for a swing through history.

Where Does Spider-Man Come from? Is Spiderman DC Or Marvel?

The journey of our wall-crawling, web-shooting superhero began on Marvel comic book Amazing Fantasy #15 in 1962. Created by then writer-editor Stan Lee (yes, the very same guy) and writer-artist Steve Ditko; Spider-Man is originally portrayed as a high school teenager whose “self-obsessions with rejection, inadequacy, and loneliness” prove very relatable with younger readers.

In contrast with its eventual global success, Spider-Man almost didn’t even make it to the storyboard. Marvel publisher Martin Goodman complained that Lee’s proposed character was “too much like Superman”, that “nobody likes spiders” and “how could a teenager be a superhero?”. Despite that, Spider-Man still got his debut, perhaps because Amazing Fantasy would, rather conveniently, end on the very same issue.

The culture icon that was almost not – Source: unsplash.com

A few months after the magazine issue, publisher Goodman, while reviewing the sales figures, discovered that it has become one of nascent Marvel’s highest-selling comics. Turns out, audiences like the character more when they can relate with him. Shocking, I know.

Needless to say, the rest is history, and Spider-Man would go on to have his own solo series, movies and even a multiverse.

So, Is Spiderman DC Or Marvel?

Well, seeing as he is created by Marvel, and has been featured in Marvel comics ever since, Spider-Man in comics is most definitely Marvel’s. There’s a whole ‘nother problem when it comes to the big screen though. The can of worms that is the deal between Sony and Marvel is best left for another article; or if you want to know it right now, check out the video below

What About Other Superheroes? Is X Men Marvel Or Dc?

Of course, Spider-Man is not the only heroic icon on the large screen. Frankly, there are too many and Marvel and DC are both racing each other to create even more superheroes for their own separate vision of cinematic multiverse. It can be hard to keep track of, so here’s a list of dc superheroes as well as Marvel’s so you can keep up with your conversation with your movie nerd friends.

One of the most famous icons of all ages, Superman has always been a point of pride for DC Comics. “The Last Son of Krypton” is currently being played by Henry Cavil in the DC Extended Universe.

This “genius, billionaire, playboy, philanthropist”, as he once said, is most definitely Marvel’s, from comic to cinema. Fun fact, it was the film “Iron Man” back in 2008 that kicked off the entire Marvel Cinematic Universe. The character is – or rather was, seeing as Disney has been quite reluctant to revive him – played by the one and only Robert Downey, Jr.

Curious how much Downey or other celebrities are making? You might wanna check this out

>> Top US Female Singer Net Worth You Could Not Ignore

>> Wonders Will Never Cease With Top 6 Creator Director Net Worth

Batman is a DC Comics character, and will remain so in the foreseeable future. At the moment, it’s Ben Affleck that took over that Batcave after Christian Bale and his remarkable performance in The Dark Knight trilogy.

The global feminist icon made her debut all the way back in October 1941 in All Star Comics #8 by DC Comics, and joined the DC Universe in 2016 before having her own standalone film Wonder Woman in 2017, which was flooded with praise from both critics and audiences. Although its sequel, Wonder Woman 1984, received rather mixed responses; Warner Bros has already confirmed that a third film is on its way.

These teams of fictional mutant superheroes are in the Marvel Comics Universe, but used to not be in the Marvel Cinematic Universe. Weird, right? Well, just like our friendly neighborhood Spider-Man, a near bankrupt Marvel sold their movie rights to 20th Century Fox in the past. The good news is, Disney has bought Fox in 2019, so Marvel now will have to deal with the task of expanding its massively-intertwined universe to accompany Professor X, Magneto and everyone else.

That, and trying to come up with plausible reasons for what the mutants were doing in past Marvel’s events, like Ultron’s assault and Thanos’s snap. But hey, at least the question “is x men marvel or dc” can now be answered with one word, not a lengthy essay about movie rights.

The golden son of America has been an intellectual property of Marvel ever since his creation. Thanks to Chris Evans’s phenomenal acting, awe-inspiring stunts and of course, body of a Greek god (helicopter scene anyone?), Captain America has remained one of Marvel’s most beloved characters.

Deadpool is also in the same boat as the X-Men – a Marvel comics creation sold to 20th Century Fox and eventually found his way back home thanks to Disney in 2019. Expect to see more of the “Merc with a Mouth” as he bangs his way through the Marvel Cinematic Universe.

Conclusion – Is Spiderman DC Or Marvel?

The Marvel – DC debate is one that is as old as time. Hopefully with this guide, you can catch up with their superheroes’ origin in order to start clearing your film backlog and be able to see the latest blockbuster without any fear of spoilers.

On a movie roll today? Check out this article

>> All Mysteries Answered: How Old Was Anakin In Episode 3 Of Star Wars?

Juan's focus as a full-time writer is to help people find and shape career orientation, especially for students and new graduates. He has always had a passion for writing inspiring and informative pieces, helping entry-level workers navigate the difficulties and barriers to career success. Juan has experience in career counselling, facilitating the job application process, and how to market oneself. He is a very dedicated writer for the community and loves to share his other interests through writing.