Home » Entertainment » The Glorious History Of The Battle Of Schrute Farms

The Glorious History Of The Battle Of Schrute Farms 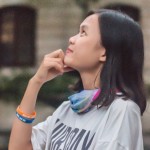 Dwight Schrute (Rainn Wilson) is no doubt the most bizarre character in The Office and fans are eager to learn everything about him, especially his absurd beet farm – The Schrute Farms. In fact, Schrute Farms was so infamous that the director Paul Lieberstein attempted to produce a spinoff series named The Farm in which Dwight, his cousin Mose, and the rest of the Schrutes ran a B&B business there. Let’s take a peek at the glorious history of the battle of Schrute Farms now.

How Much Do You Know About The Schrute Farm?

Schrute Farms is a 60-acre beet farm that Dwight Shrute inherited from his grandfather. He lives there with his cousin – Mose Schrute, and together they grow beets and sell them to local markets and restaurants. They also grow hemp and raise animals on the farm.

Besides, Dwight also turned Schrute Farms into an  ‘agrotourism attraction’ – in which tourists visit the farm and partake in agricultural and traditional activities, for example: beet wine-making, table-making demonstrations, dawn goose walks, and manure distribution. Dwight would show them around the fields, the barn and slaughterhouse, and provide them with bed plus breakfast. They also host parties, weddings, and miscellaneous events.

Fans might recall Season 4 episode, “Money,” as the main introduction to the Schrute Farms agrotourism attraction.

Schrute Farms offers three rooms with “America, Irrigation, and Nighttime” themes accordingly but only one bathroom, “under the porch.” When someone wants to visit, they would call in advance, and Dwight will greet “Schrute Farms, Guten Tag!”

Jim and Pam Stay at Schrute Farm – The Office – YouTube

Also don’t forget to check out its page on TripAdvisor (875 reviews and an average 4/5 rating). The owner said: ”TripAdvisor is the lifeblood of the agrotourism industry. A couple of bad reviews there, you may as well close up shop. That’s what took down the Stalk Inn; one of the cutest little asparagus farms you’ll ever see..”

Dwight Owns a Bed and Breakfast – The Office US – YouTube

How To Get To The Farm?

”156 paces from the light red mailbox, make a left. Walk until you hear the beehive.”, said Dwight to Andy.

Not to mention that some alternatives of the directions to Schrute Farms include steps like “If you are attacked by territorial crows” or “if you smell bear pee”.

Tracking Down The Origin Of Battle Of Schrute Farms

If you come here for the heroic history of Schrute Farms, check out the episode Gettysburg, Episode 8, Season 8.

In this episode, Andy Bernard (Ed Helms) wants to inspire and boost his staff’s office morale, so he takes a few of them on a haphazard tour in Gettysburg.

Andy is unhappy with the lack of morale and belief in his leadership. He comes up with an analogy between running a paper company and fighting in the Civil War.

While on the tour, Dwight Schrute claimed that ”the northernmost battle of the Civil War” is the Battle of Schrute Farms, and had an argument with Oscar Martinez.

Dwight firmly claimed that The Battle of Schrute Farms is probably the most important battle in American history because it is the most Northern place in the American Civil War and a reminder of why beets are still the least favorite fruit among Americans.

‘Starting with the DPA (Deaths Per Arce) of the battle which sounds way more important than total deaths’. ‘Nothing would beat the Battle of Schrute Farms’.The hand letters during the battle were heart wrenching, too. One such letter describes the rebs as “literally yanking off our arms and legs, eating our brothers and starting the tread of incest that would spread in the south”.

“I mean, it makes the battle of Gettysburg sound like a bunch of schoolgirls wrestling over a hairbrush.”, said Dwight Schrute on the battle.

He thinks that such an important battle absent from the history books is an example of rewriting the narrative of U.S. history. At the same time, Oscar insists that the battle is a fictitious creation.

After tracking down a historian, Dwight and Oscar learn that the Battle of Schrute Farms took place, but in an interesting way.

So What Exactly Is The Battle Of Schrute Farm?

As the two consulted the historian, Dwight was first happy to see his confirmation of its existence. The old man even showed them a letter written to the mother of one of the brave Americans who fought on this hallowed ground. A German man wrote to his mother named Yancy: “Dearest mother I’m sorry it has been so long since my last letter. It has been three months since I arrived at Schrute Farms and I fear I may never leave this place alive. Melvin Fifer Garris.”

The mailman handed this gut-wrenching letter the exact moment Robert E Lee took up his father’s sword and smote him, which literally killed him.

But…‘the battle of Schrute Farm was no battle at all’. Oops.

It was a jargon used by pacifists from both North and South who turned the Pennsylvania farm house into an artistic community and a refuge from the war for artists, poets, dancers. (and, as heavily implied, homosexuals).

The TRUE History of Schrute Farm The Office US – YouTube

While Oscar finds this fascinating, Dwight leaves in disgust.

‘It must be a mistake. My ancestors would never have been involved with something so.. disgraceful!’’.

Well as someone who bears a noble family name, it is understandable that Mr. Dwight Schrute gets shocked when he finally learns the origin of what he believed to be an important piece of the ‘Schrute farms Civil war’.

But it’s totally fine, Mr. Dwight! We, the fans, honor arts, peace, weirdos and their freedom!

Side Question: Do You Like The Office Christmas Episodes?

Rose Marry is a full-time writer for JobandEdu, and also a sorority member and leader since 2020. As a dedicated leader and helper to others, she has written hundreds of articles about deciding your career path, types of jobs, job hunting process, and self-improvement. Although having many achievements, Marry understands the difficulties of finding your place in the job market as a newcomer. Hence, she wants to share her knowledge and experience through her articles.

The Story Of A Superstar: Ruben Studdard’s Net Worth, Life And Career

Tika Sumpter’s Net Worth, Low-Key Life, And Multifaceted Career You Should Know About

Kate Upton’s Net Worth, Life, Career, And More You Should Know About The Model That Launched Four Sports Illustrated Covers

The Story Of A Superstar: Ruben Studdard’s Net Worth, Life And Career

Tika Sumpter’s Net Worth, Low-Key Life, And Multifaceted Career You Should Know About

What Do Green And Red Make? 6 Beautiful Color Combinations With Green

‘How Much Is Anthony Anderson’s Net Worth In Comparison To Marsai Martin’s- Who Is The Richest In The Black-ish Cast?