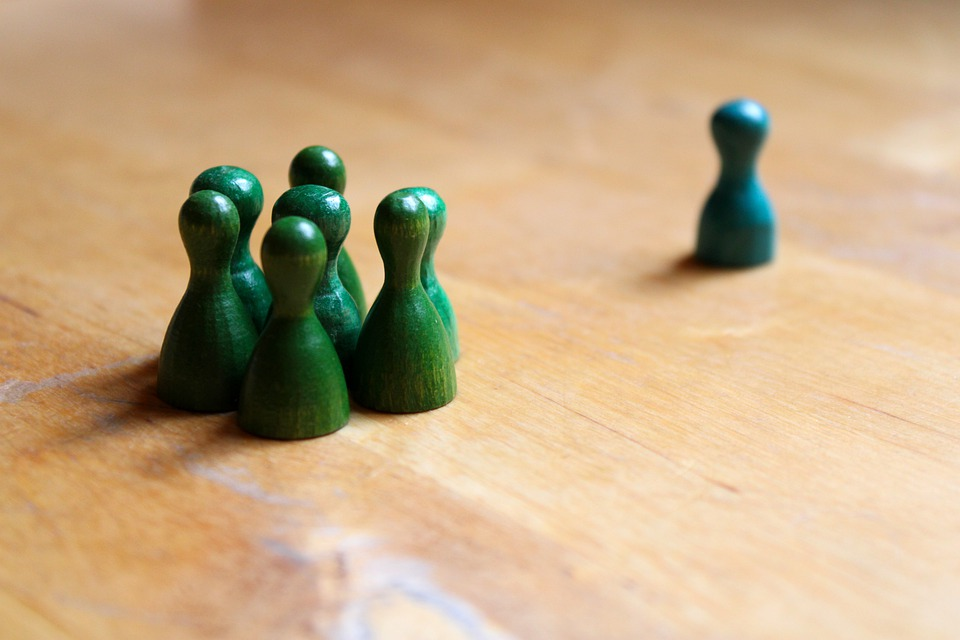 Have you ever encountered some comments or actions from your colleague that pops up a bunch of questions in your mind?

Like, ”Hold on! Did he just say what I think he said? What did she mean by that? Should I say something? Something feels very wrong here.”

Watch out because these internal dilemmas are telling you that you are experiencing microaggressions in the workplace.

Microaggressions are the everyday slights, behaviors, actions that show discrimination against members of a specific group. However, it has not yet crossed the line to be considered as an act of violence.

It might not be dangerous, intentional, but it can be pretty offensive and rude. Sometimes a person might have an act of microaggressions without realizing it.

The Origin Of ”Microaggression”

Nowadays, discrimination is no longer as blatant as before. Instead, it is being demonstrated under implicit actions that make the target puzzle and confuse if they are victims of this maliciousness and how they should fight back, which is considered a microaggression.

The term was coined by an American psychiatrist Chester M. Pierce in the 1970s  to describe the subtle insults that black people experienced regularly.

It is often discussed in a racial context, but anyone in a minority group of specific genders, sexual orientation, disability, or religion — can have the same experience.

People can experience this type of discrimination anytime, anywhere, in their house, school, or workplace.

Three Most Common Forms Of Microaggression In The Workplace

Microassaults are a type of old-fashioned discrimination. It is when your colleague speaks or acts in a discriminatory way. These actions are conscious, deliberate, and explicit and intend to oppress, humiliate or discriminate against the target.

A few common microaggressions examples in the workplace are:

Microinsults are subtle communications or behaviors that demonstrate insensitivity and demean a person’s identity, race, gender, heritage, sexual orientation, etc. It is often unconscious and happens due to the underlying prejudices and  unconscious biases such as:

And Solange even has a song to remind people not to touch her hair:

Microinvalidations are communication and environmental cues that reject, deny or disregard the experiences of a member who is not a member of the dominant groups.

Still feeling insecure, read more about other types of slights: Am I Being Gaslighted and How To Shut It Down?

The Impacts of Microaggressions In The Workplace

Microaggression is low-key but can be pretty harmful!

It affects not only the target but also turns non-discriminatory workers into discriminators. Especially when they have to witness collective acts of microaggressions in their workplace every day.

Researchers have developed a hypothetical scenario where an employee with strong work values works in a racist environment.

Even though she tries to refuse acting racist, the possibility of exclusion from a peer group at work could pressure her to show covert racism.

The possible result could be racial microaggression aimed at a member of a minority. Peer pressure can turn a non-racist to commit a microaggressive act and worsen the ongoing discriminate environment.

Microaggressions are highly correlated with the level of job satisfaction and health outcomes.

A person who experiences microaggression for a long time can easily experience more psychological consequences:

Should I Respond To This Microaggression?

When responding to a certain microaggression, the target should consider some potential risks of responding or not responding. There are five questions we recommend you ask yourself before making a move:

2. If I respond, will it lead to an argument with the person?

3. If I respond, how will this affect my relationship with her/him?

4. If I don’t respond, will I regret not saying something?

5. If I don’t respond, does that mean I accept the behavior or statement?

Should I respond to this microaggression?. Source: Pexel

How To Respond To Microaggression In The Workplace

Many times a person has an act of microaggression and is not aware of it or just simply thinks no one would speak against him/her.

However, as Harvey S Firestone said: ”Never be bullied into silence. Never allow yourself to be made a victim. Accept no one’s definition of your life; define yourself.”

In this situation, raise your voice and let them know your feelings and the negativity that their actions can pose on other people. It also shows the offender that you are trying to stay calm and respectfully communicate the issue with them before filing a complaint, which helps minimize further conflict.

Here are a few ways to approach the speakers:

More Ways To Combat Microaggression In The Workplace

In some situations, if you have difficulty confronting the aggressor, our advice is to seek assistance or professional help. This is especially recommended for severe cases when you are going through a pervasive fear due to discrimination or harassment.

An HR specialist is trained to help solve conflicts in the workplace with win-win solutions. You should reach out to that person when encountering microaggression at your workplace. There are two options: One, the HR can help you schedule an appointment with the one involved in the conflict, then all of you can sit together and work out the resolution. Second, only HR will work directly with the offender and talk him/her through your negative experience.

Talking About The Issue Without Pointing Out The Name

Sometimes discussing the problem without naming the perpetrator is a practical approach. It helps them or whoever has an act of microaggression reflect and understand the negativity that they cause without feeling offended.

You come back home after work and think about the person who complains about you being sensitive, bossy. Hold on! Before you start blaming yourself, please sit down and take a deep breath.

Then you can start writing down your feelings and releasing the negativity in your mind. Here are a few questions to reflect on:

Seriously, writing down can help you attentively communicate with yourself. It helps to reassure your self-esteem and secretly tell yourself not to let anyone else label who you are in the future. It also allows you to see where the root problem is and suggest a way to deal with this situation.

How To Be An Anti-microaggression Ally At Your Workplace

First, it is important that you recognize microaggressive attitudes are toxic. Thus, before communicating with your co-workers, especially those who are members of minority groups, you should consider your words very carefully.

Second, frequently reflect on times that you may have had an act of microaggression at your workplace.

Third, enthusiastically educate yourself on this social issue. You will gradually understand better about the experience of being discriminated against and build up sympathy with the targets.

Fourth, try your best not to make any assumptions when you talk or work with anyone.

Make use of your BBA or MBA in HR management, diligently resolve or implement best practices to build up compassion, empathy, and inclusion in your company culture.

Continuously educate yourself on the different forms of microaggressions.

Stand up for the targets when you know there is microaggression at the workplace.

Listen to the feedback of your employees on the company policies and update them frequently.

Hire a professional Industrial/Organizational Psychologist to give training sessions about microaggressions to your employees.

How HR managers can help to build a healthy working environment – microaggressions in the workplace. Source: Pexel

What To Do If You’ve Committed A Microaggression

To err is human. We grow up in a society in which prejudice and stereotype are widespread. Therefore, microaggression is sometimes unavoidable.

If you recognize that your actions might have hurt people from a minority group, take responsibility for it and sincerely apologize, whether in public or private.

However, microaggression is also intuitive; you might not know about it until you come across the discussion about it or when someone confronts you. In this circumstance, you should stay open to feedback without being impolite. Responses like “That’s not what I meant. I’m not racist/sexist/homophobist.” only worsen the situation.

Instead, consider sympathizing with their pain and thanking them for telling you about it. Taking the discussion seriously will help you to develop a growth mindset and become an inclusive coworker.

Final Thoughts Of Microaggressions In The Workplace

Death by a thousand cuts is considered the impact of microaggression. And yet, we all have hidden biases that can lead to microaggressions. Therefore, it is essential to reflect and educate yourself about this issue constantly.

No matter who you are in your organization, always celebrate diversity and stay engaged with what others are enduring.

Making sure your co-workers are safe from microaggressions in the workplace is the ultimate way to cultivate a healthy and sustainable working environment for all.

Modern Rules For How To Be More Humble

Rose Marry is a full-time writer for JobandEdu, and also a sorority member and leader since 2020. As a dedicated leader and helper to others, she has written hundreds of articles about deciding your career path, types of jobs, job hunting process, and self-improvement. Although having many achievements, Marry understands the difficulties of finding your place in the job market as a newcomer. Hence, she wants to share her knowledge and experience through her articles.

Humanities Vs Social Science: How To Tell The Difference Between Two Peas In A Pod?

Types Of Co-Workers In The Workplace